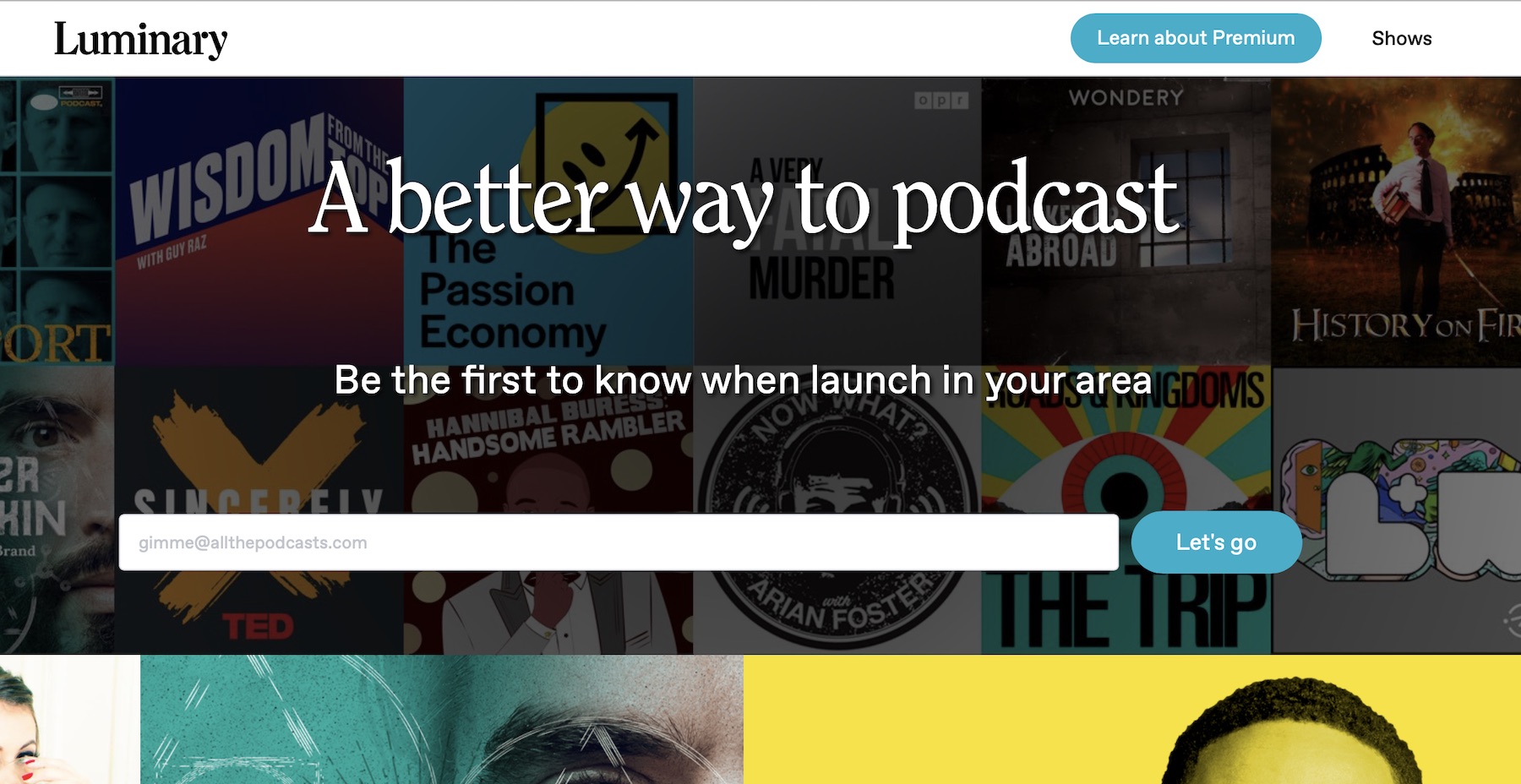 This was originally posted as a thread on Twitter. I’ve republished on my blog for archival purposes.

Luminary, who recently made a big splash in the podcasting space by announcing their paywalled podcast network, doesn’t want to be the Netflix of podcasting. They want to be HBO. Netflix got its start with other people’s content, not their own. Luminary is boasting about all the original content they’re producing. But what they’re really after is trying to silo content and trap users into paying monthly for it.

Brief tangent for some snark: With $100 – $140 million in investor money, don’t you think they could have hired a copyeditor to make sure the words made sense on their website?

If their business / investor’s motivation truly was “we really want to create better shows”, then I’m all for this approach. But what they are really after is more money from podcasting. Investors and business are annoyed they can’t control podcasting as it is, so it’s “broken”.

They look at apps like @pocketcasts, @overcastfm, etc. and think, like most tech startups, “I can do better… we just need more money and more engineers” and ignore the years of development that have already gone into those apps to make them as good as they are today.

Why would Trevor Noah, Lena Dunham, or Russel Brand need a paywall to have a successful* podcast if it isn’t for the big signing bonus they got to go exclusive? (* successful meaning they enjoy doing it and it also helps promote their brand/latest show/etc.)

For the record: I don’t blame the podcasters for wanting to get paid. If someone came along and gave me $80k/year to record one of my podcasts, I’d happily take it. Use that year to grow my skills, hone my craft, build an audience with their marketing budget and come out the other side when it all crashes or gets bought up with, at the very least, a ton of experience someone else paid for, and possibly a bigger audience than when it started.

I’m sure there’s some dollar value that you could give any indie podcaster where they’d put their show behind a paywall for a time period. Just like Apple effectively buying up all the initial copies of U2’s Songs of Innocence album – everyone has a price.

All the podcast pundits in the world can’t predict what will happen exactly. The fact that more big money is pouring into podcasting is a sign of a boom to some, or a sign that a bust is coming… eventually.

Like blogging. It’s still alive and well, but the big money investment for it has moved on to other things. They sucked all the stupid deals out of that vertical and moved on. The indie folks are still trucking along, doing their thing, writing, and making a living.

In tech, as in life, we’re doomed to repeat ourselves if we don’t learn from our past.