I think it might have been John Siracusa who I first heard articulate this out loud on a podcast: Don't replace macOS built in functionality if you can't easily replicate that when you go to use a different Mac computer without that app or plugin built in.

Some of the common examples at the time were apps like Alfred, Path Finder, or TextExpander - apps that added features or functionality that I would feel lost without when I went to troubleshoot a friend or family member's Mac.

Gradually I've been more and more ok with using apps even though they change the fundamental macOS experience - TextExpander being the main one I've grown so accustomed to having over the years.

Recently I decided to change the default shortcut - ⌘-Spacebar - for Spotlight that made me realize I had replaced core functionality in macOS with a 3rd party app: Raycast. And I also took a deeper nerd dive and have started using Warp in place of the default Terminal app for the few times I dip into command line world.

I'll skip talking much about Warp because it's way out of my depth in terms of benefits or reasons why a proper developer should use it - but for a newbie like me, the main reason I like it is because it makes the Terminal and command line world much more user friendly to dig into. The secondary reason is that a lot of my clients won't stop talking about it. :)

With Raycast however, it's because of how similar it feels to using Spotlight that I've decided to make the switch. It's fast (or faster) than Spotlight is at finding an app I need to run, or a document I've been working on. And I can slowly build up muscle memory with all the extensions available for Raycast.

Raycast could also replace TextExpander with their Snippets feature. I've just started using them for new shortcuts I need, but I can see myself gradually replacing TextExpander with this if it works as well for all my other snippets as it has so far.

There is also Window Management built into Raycast that could potentially replace Rectangle Pro as my current app of choice for moving windows around automagically with shortcuts.

In addition to all the features of the app, Raycast also has some great wallpapers for your Mac or iOS device of choice.

I know I'm barely scratching the surface of what Raycast - and especially Warp - can do to make my podcast editing business life easier on my Mac, but it's fun to feel a little more like a power user again after not messing around with it too much in recent years. 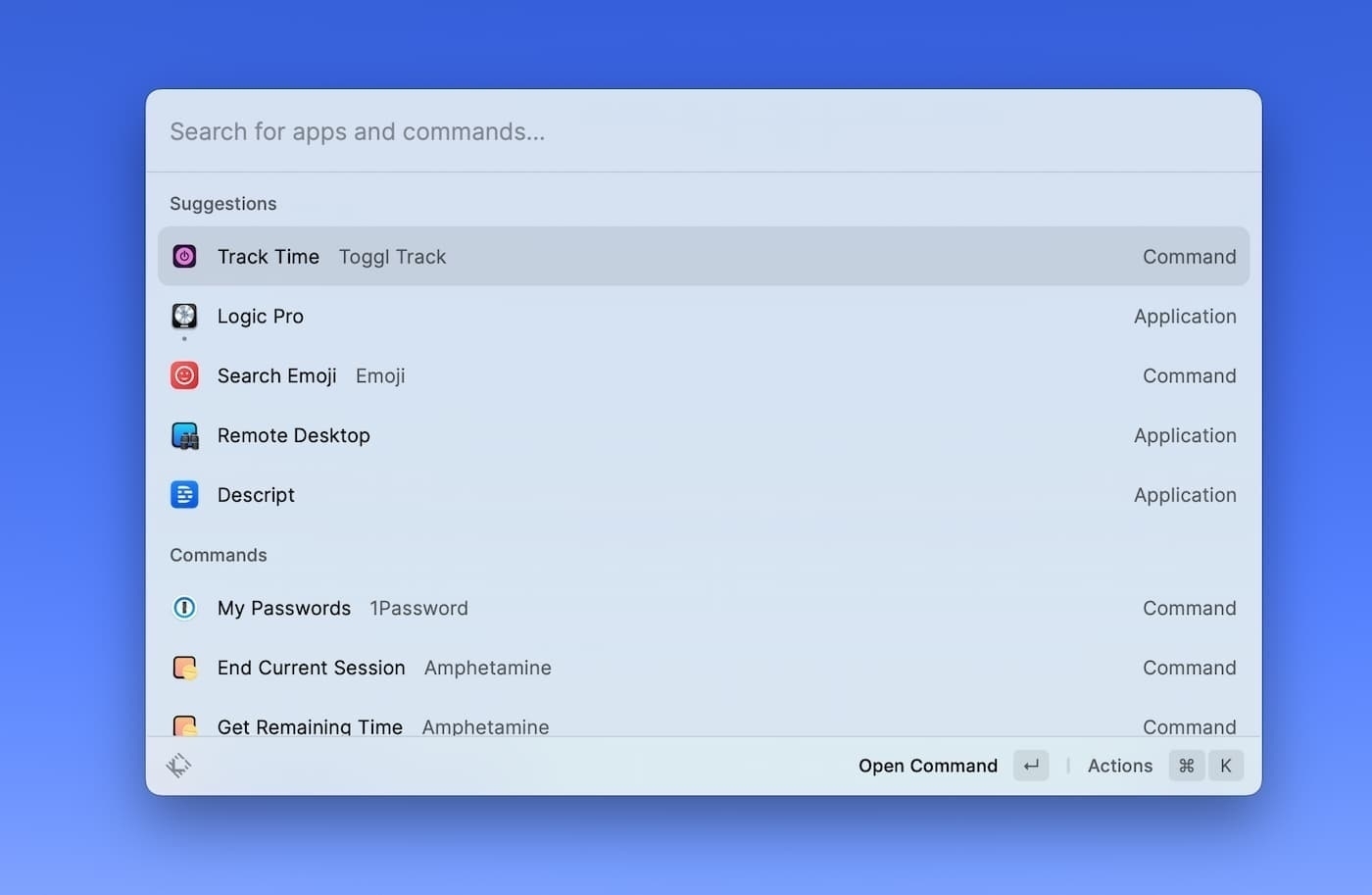