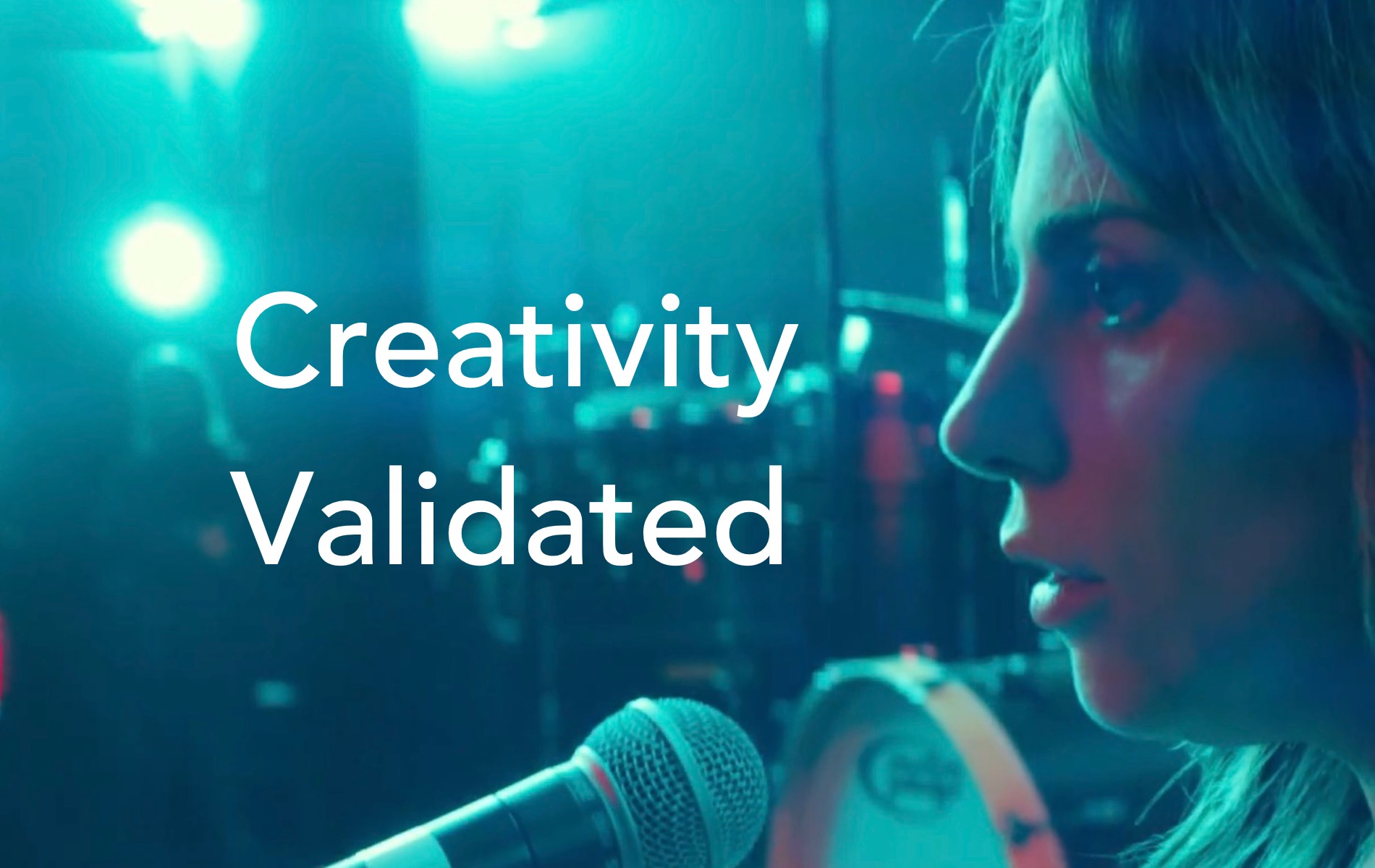 This weekend my wife and I finally watched A Star is Born (2018) and we both loved it for a variety of reasons.

I love watching films about music and the music industry: documentaries, biopics, fiction, or anything in between. I’ve got a Letterboxd list to keep track of the ones I’ve watched, and the ones I need to watch. A Star is Born is almost right in the sweet spot for me – it just needed one scene discussing guitar tone and it would’ve been perfect.

But I want to talk about one aspect of A Star is Born that really hit me: creativity and the exhilarating feeling of validation. Not that you should need validation for your creative work. But how it feels if and when it does come.

Without spoiling the movie too much, there’s a scene early on where Ally, played beautifully by Lady Gaga, is surprised by Jackson Maine (Bradley Cooper) wanting her to sing a song she wrote on stage with him at one of his concerts.

It’s one of those moments that’s obviously a movie moment, crafted with music, lights, camera angles, and a pair of great actors, to elicit emotion from the viewer. But the way all of it came together in this scene brought me to tears – because there’s also the reality of how that moment feels for anyone who’s ever tried creating.

Getting validation for that thing you created is an awesome feeling. Not for the fame. Not for the money. But for the acknowledgement that the thing you wrote, sang, drew, or created exists.

In those 5 minutes on stage, Ally doesn’t know what’s going to result from this. She’s not thinking about album deals, radio plays, or her own concerts. She’s living in the moment where the words and melodies she wrote in her bedroom are being heard and loved by an audience for the first time.

I don’t expect the movie to hit the same emotional nerve for you if you’ve never dreamed of being on stage performing like I have. But I know a lot of the same desires and emotions transfer to other creative outlets I have like recording podcasts, making a video, etc.

After the song is done, there’s a great moment where Ally remembers there’s a crowd out there cheering. She got so lost in the performance that she left the stage and was just singing her words.

Once again Lady Gaga plays it brilliantly because she goes from confident performer lost in the moment to the awkward, happy, excited, embarrassed, Ally who just yesterday was singing in a dive bar at home.

If you haven’t seen it yet, I’d encourage you to watch A Star is Born. There’s plenty there for folks who aren’t music industry nerds like myself. And once you’ve watched it, the Wikipedia entry is a great read for the history of the various folks who could have been cast in the movie and wondering about how that would’ve changed the movie.

If you’re a creative type, I hope you lean more towards being inspired by moments like this than being depressed that it hasn’t ever happened to you. I know I struggle with living more in the latter than the former. Validation can come in many forms and often my brain tricks me into thinking very real validation for my work isn’t enough. Or isn’t real validation.

But it is. And don’t let that stupid part of your brain tell you it isn’t big enough. Or the right person. Or the right situation.