Apple Park is transforming miles of asphalt sprawl into a haven of green space in the heart of the Santa Clara Valley. The campus’ ring-shaped, 2.8 million-square-foot main building is clad entirely in the world’s largest panels of curved glass.

It certainly looks amazing - the video showing how they attach the 5 or 6 story pane of glass to the building is worth watching.

What's most impressive, if true, is how it will be run on renewable energy and require no heating or air conditioning for most of the year:

Apple Park replaces 5 million-square-feet of asphalt and concrete with grassy fields and over 9,000 native and drought-resistant trees, and is powered by 100 percent renewable energy. With 17 megawatts of rooftop solar, Apple Park will run one of the largest on-site solar energy installations in the world. It is also the site of the world’s largest naturally ventilated building, projected to require no heating or air conditioning for nine months of the year.

I guess Apple employees don't get to fight over the room thermostat temperature. 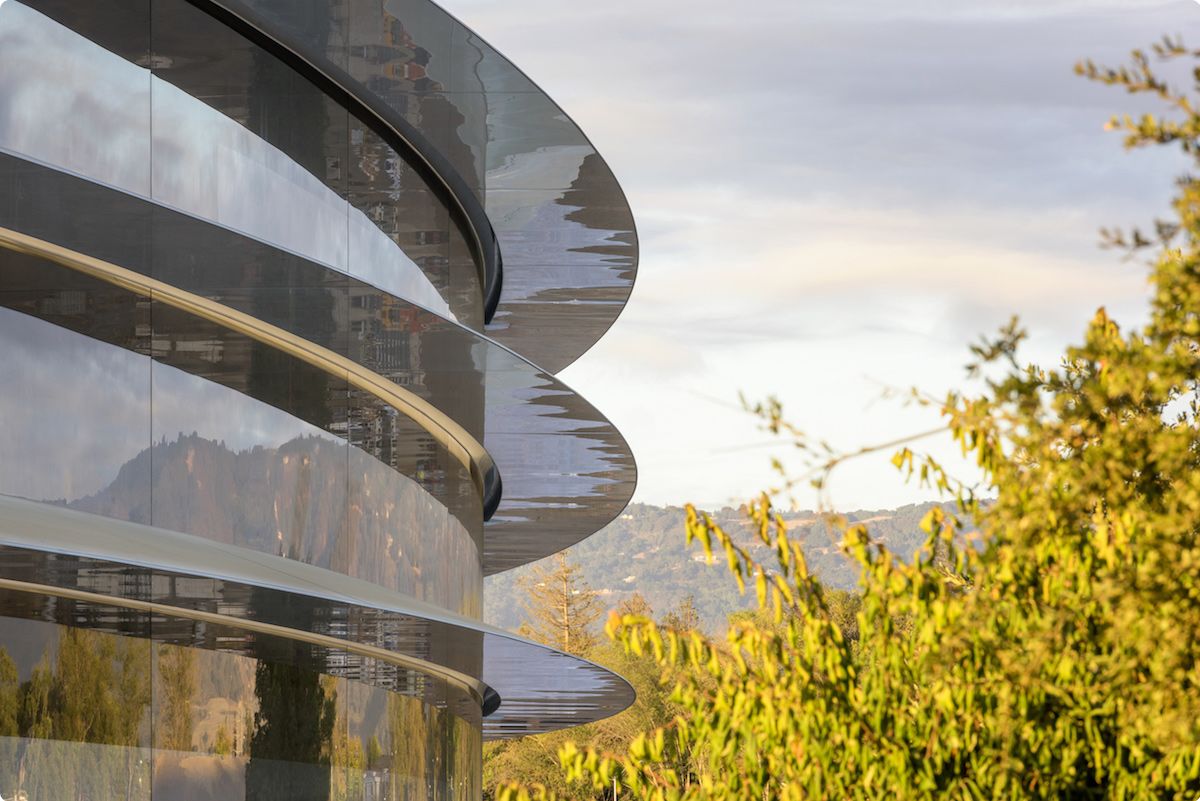